The Central Catholic Band program is one of rich tradition and great opportunities. From football games to evening concerts, students have the chance to perform all across Toledo and challenge themselves to become the best performers they can. Diversity and creativity are sought after by all higher education institutions, and our music students are leaders and scholars through out the entire school. 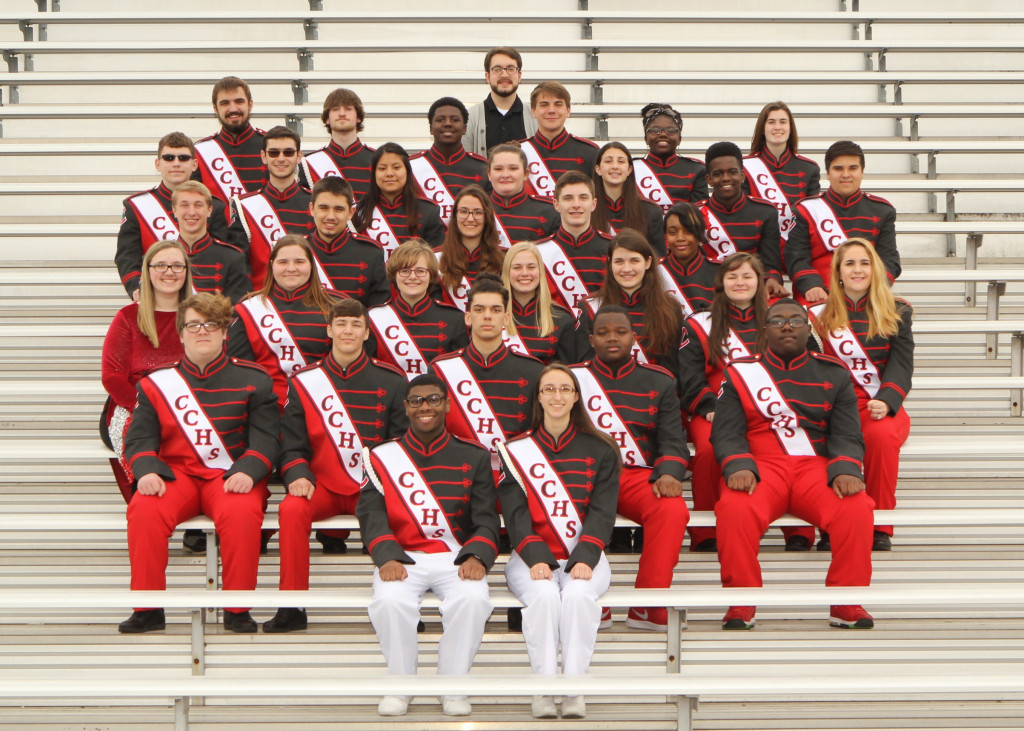 Highlights
– Three different classes: Beginning Band, Concert Band and Marching Band
– Perform at every football game as well as men’s and women’s basketball games and parades around the city
– Opportunities to perform at solo and ensemble competition as well as the pit for the musical
– Perform at the Valentine Theater for the annual Christmas Concert
– Band Camp and band trips
– Perform at the Cherry Street Beat Marching Band Festival, held at Central Catholic
– Once a month, members from the Toledo Symphony visit Central Catholic to assist instructing band students to enhance their skills.

Any band member will tell you that lifelong friendships are made, and being able to perform for more than 10,000 people annually is something that your average high school student cannot claim.

Be part of an organization that will give you a diverse look at music and education, and make you the best musician-scholar you can be!